5 Times a Minibus is a Better Option than Public Transit

I love public transit. As a New Yorker-turned-Atlantan, I miss the subway like a family member, and I still take MARTA (Atlanta’s public transit system) to work every day. Even as a staunch public transportation advocate, though, I’ll admit there are times the bus or train is not the easiest way to get around a city. At those times, it’s helpful to have an alternative.

So how do you determine whether or not public transit is the right option for your group? I’ve compiled a list of five times when a minibus might be a better option than public transportation. And if you end up thinking you need a minibus, National Charter Bus can help you find one. Call us at 1-844-755-0510 to book, and keep reading to learn more about times when a minibus might be helpful. 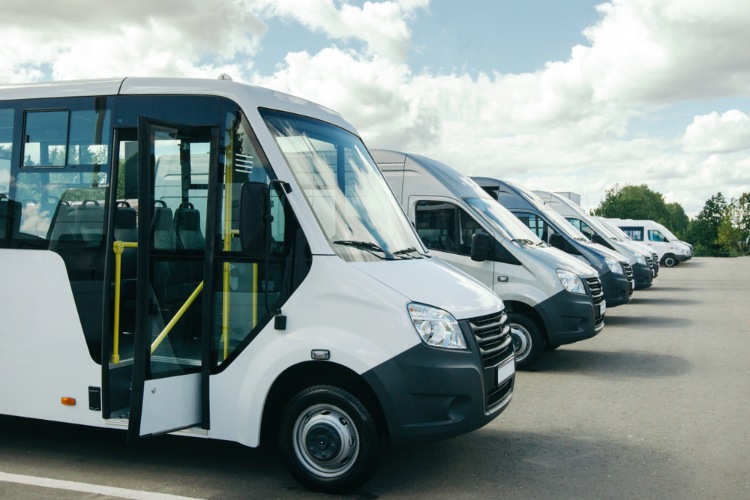 1. When public transit doesn’t go to where you’re going

Depending on the city you’re in, public transit may or may not go anywhere close to your destination. If you’re in NYC, there’s a good chance you can get to where you’re going via train or bus. The same goes for San Francisco or D.C. In other cities, though, public transit can be a gamble.

Atlanta has plenty of train and bus stops in the center of the city, and precious few anywhere else. Dallas also struggles with providing transportation throughout all of its massive area. In general, it’s difficult to find adequate public transit throughout the Southeast, Texas, and Southwest.

That isn’t to say you should never try to take public transportation in those areas. But you should compare your itinerary to train and bus schedules and see if you can get dropped off within walking distance of your destination. If you can’t, you’ll have to call rideshares for everyone anyway, so a minibus might be a more affordable alternative. 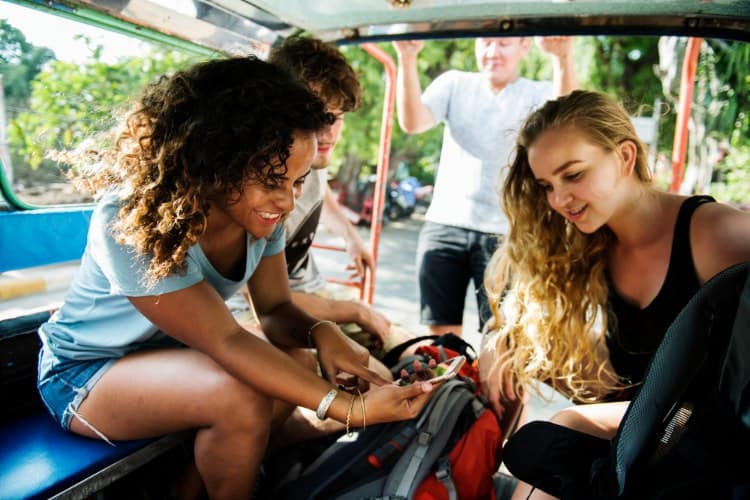 2. When you have a bunch of kids with you

This one’s for you, sports and dance teams. Traveling with one or two kids on public transit is completely doable, but traveling with a dozen can quickly become overwhelming. You have to make sure that everyone makes it to the train station or bus stop—a daunting task when train stations get crowded or involve multiple staircases—that no one wanders too close to the tracks if you’re taking the train, and that everyone boards the correct train or bus.

This process may seem straightforward for adults. It’s anything but for kids. I have vivid memories of getting on the wrong train during one of my first visits to New York and watching my friend Emily’s face disappear on the platform as the train bore me off to I-had-no-idea-where. (Luckily, I had the wherewithal to get off at the next stop, and she had the common sense to get on the next R train and do the same.) And I was sixteen, not six.

If you’re traveling with elementary or middle-schoolers, a minibus can be a much less stressful alternative than public transit. Your designated pick-up area will be just for you, so you can easily get a headcount. You can also get a headcount on the bus itself, and your minibus will wait until you make sure everyone is present. Public transit doesn’t wait for anyone.

3. When you or people in your group have limited mobility

Most public transportation systems have taken steps to becoming more accessible, but few have gone as far as they should. For example, the MTA claims 24% of NYC subway stations are accessible—already a disappointingly low number—and independent watchdog groups argue the number is even lower, since the 24% figure includes stations that are only accessible from one direction or where the elevators are frequently broken. 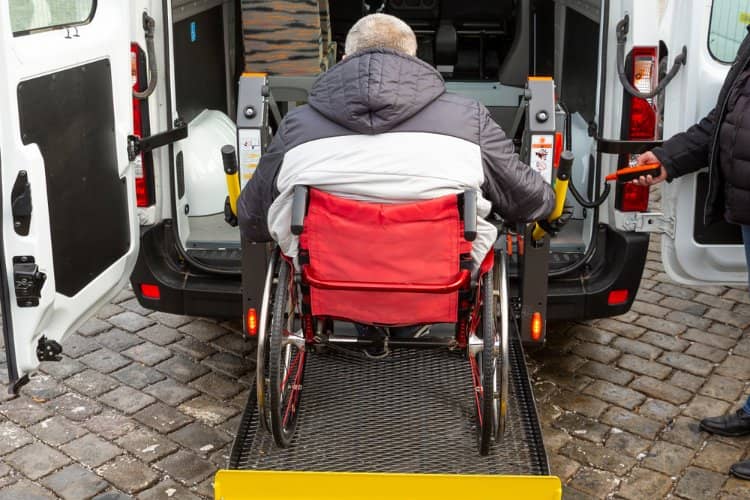 National Charter Bus offers ADA-approved accessible buses with wheelchair lifts, railings along stairs and in restrooms, and storage space for mobility aids. If you live with a chronic illness or chronic pain, you can also take advantage of plush, reclining seats and climate control to help you stay comfortable. When it’s time to disembark, your driver can drop you off right in front of an accessible entrance to your destination so you don’t have to travel as far.

4. When you’re on a tight schedule

In theory, the bus that takes me to work each morning arrives at 8:31 a.m. In practice, the bus generally arrives sometime between 8:33 and 8:38. At the train station, I then wait anywhere from 1 minute to 10 minutes for the next train—assuming nothing has gone wrong on any track so I don’t end up waiting for 20 or 30 minutes.

If you’re traveling by yourself and not in a particular rush, this is just the reality of public transit. You adjust. But if you’ve got 22 kids with you and a dinner reservation at 6:30 that’ll be canceled if you’re late, it may not be so easy to adjust. Public transit is great for flexible schedules and quite unaccommodating for tight ones.

With a private minibus, you can set your own schedule. You want to be picked up at 4:30? Your driver will be waiting for you at your pick-up spot 15 minutes early. Get everyone on board and take off. No delays and no guessing when the next train will arrive.

5. When you need to be comfortable

Public transportation generally isn’t designed to be comfortable. It’s designed to fit a lot of people for a short time. Expect plastic seats with limited leg and elbow room on most trains and buses—and that’s if you manage to get a seat at all. This is fine if you’re an able-bodied person headed to work, but if you’re traveling with people who are ill or disabled, or if you’re going a long distance, it can quickly become uncomfortable.

On a minibus, you can request amenities like reclining seats, climate control that you can set to your preferred temperature, and storage space so you don’t have to keep belongings underneath or between your legs. You can also ask for amenities to keep you distracted from how long you’ve been on the road, like free WiFi that lets you stream YouTube videos on your phone or a flat-screen TV that lets your entire group watch a movie together. Spending more than an hour to an hour and a half on public transit is difficult, and a minibus can offer a far more comfortable alternative.

Accessible public transportation is a great asset to a city (and basically every city needs more of it). Unfortunately, the reality of public transportation doesn’t always match up to the ideal. If you’re traveling with a group of independent, adventurous adults with flexible schedules to a city with adequate infrastructure, take public transit whenever you can. If that’s not the case, though, you can call National Charter Bus to ask for more information about a minibus. We’re available at 1-844-755-0510, and we’ll do whatever we can to make traveling fun and easy for your group.